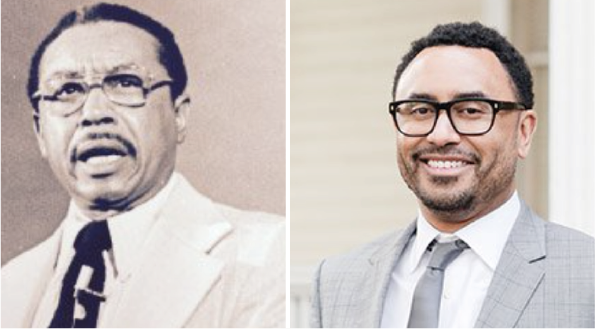 About Floyd B. McKissick Sr:
Attorney Floyd Bixler McKissick graduated from Morehouse in 1948 and began pursuing his career in law by first applying to the University of North Carolina School of Law. After being denied admission based on his race, he enrolled in the North Carolina College School of Law and with the help of the NAACP filed a lawsuit against UNC.

With a defense led by Thurgood Marshall, McKissick and three other students were admitted to UNC Law School as a result of that case. He was the first African-American student to be admitted at UNC Law School. After graduating, McKissick established a law firm in Durham, North Carolina in 1955. He became the leader of the Congress of Racial Equality in 1966.

His law firm in Durham primarily focused on civil rights issues with clients including the first black undergraduate student to attend UNC-Chapel Hill in 1955. He went on to defend sit-in protesters in Durham in 1957, as well as families who integrated the Durham City school system in 1959. He was involved with a segregated black local in the tobacco workers’ international. He earned a reputation as a leader in the community and as someone who fought hard for the justice and rights of his clients in North Carolina.

Over the course of his life, Floyd McKissick Sr. remained involved with the civil rights movement. He managed legal affairs for CORE and the NAACP and was later elected as national chairman of CORE in 1963.

In 1966, McKissick took over as the head of CORE. The organization experienced a major change as a result of his leadership due to a new focus on becoming assertive advocates for black power’s ideology. Along with other prominent leaders in the civil rights movement, including Martin Luther King Jr., he assisted with the remaining demonstration march over the course of 194 miles.

He remained active as a civil rights leader and was appointed as a state district court judge in 1990 to the Ninth Judicial District in North Carolina. He also became pastor of the First Baptist Church in Soul City, North Carolina. He passed away in 1991, but his sons carry on Floyd McKissick Sr.’s legacy of representing equal rights for all by fighting hard for the firm’s clients.

About Floyd B. McKissick Jr.:
Floyd McKissick Jr. received an AB degree from Clark University in Massachusetts, as well as a Master’s degree in Regional Planning from UNC-Chapel Hill, North Carolina. He went on to receive his Master’s degree in Public Administration from Harvard University and later received his JD degree from the Duke University School of Law in Durham, North Carolina. His current areas of practice include business law, criminal defense law, administrative law and family law.

He has practiced law since 1983 with a number of different law firms and has extensive experience representing Fortune 500 corporations, small businesses and numerous individuals in a broad range of complex legal matters. He joined the firm of McKissick & McKissick in 1990. He is an active member of his community and has previously served as a member of the Durham City Council and currently serves as a member of the North Carolina Senate.

A longtime public servant, he has served in leadership roles for eight years as a member of the Durham City Council. During that time, he was also involved in the city council’s Public Works Committee, the Taxi Cab Sub-Committee, the Joint City-County Planning Committee, and the Legislative Committee.

He has been honored with numerous awards, including:

Alvely Alcántara, LCSW is a first generation Dominican immigrant raised in New York City. She is a Licensed Clinical Social Worker in the state of North Carolina with eight years experience providing mental health therapy to the Latinx/Hispanic community, specializing in the treatment of anxiety, trauma, and family dynamics. Alvely utilizes a holistic, somatic based approach to treating mental health, focusing on what each client needs. Alvely is the founder of the Latinx Healing Collective, composed of ten local Latinx therapists providing mental health treatment to the Latinx community. She is also the founder/co-host of a podcast for Latinx/Hispanic listeners in which topics are discussed to deconstruct the stigma of mental and emotional wellness. As a therapist, she believes that one of the most important things she can do for her clients is to teach individuals to identify and change unhealthy thought patterns and develop self-compassion and self-awareness. Alvely is the owner of a private practice, Rooted Healing Therapy, PLLC located in Raleigh-Durham, N.C.
Rossy C. Garcia, MEd 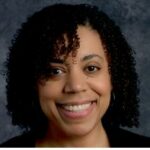 Rossy C. Garcia, MEd is a school counselor in the Wake County Public School System.  Prior to becoming a school counselor in 2015, she spent 15 years in the Biotech and Environmental industries. She is an active member of the NC School Counselor Association where she’s served as part of the Delegate Assembly and NBCC committee. As a first generation college student she is passionate about helping Latinx students access post-secondary education while maintaining emotional and mental health. 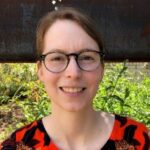 Katy Sims, MD attended Davidson College for her undergraduate degree and is now a fourth year Psychiatry resident at UNC School of Medicine. Katy’s dedication to psychiatry comes out of her realization that whole-body health often has to start with sound behavioral health — you can’t work on someone’s diabetes if they’re too depressed to make lifestyle changes. She especially likes working with Spanish-speaking populations because of how much being able to deliver treatments in their native language means to these clients. 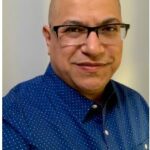 Everardo Aviles, LCSW, LCAS (Eve) is a Child and Family Therapist in Winston Salem NC. He lives in Ruffin NC with his wife and their four children. He immigrated to NC from Mexico at the age of nine. His work focuses on providing trauma informed treatment, as well as treatment for sexually reactive behaviors; to clients 5-17 years of age. 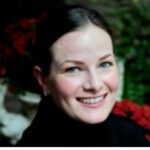 As a medical anthropologist and social work researcher, Dr. Gulbas’ research embodies interdisciplinarity through the integration of applied theories of health and human development with qualitative and ethnographic methodologies. Her work seeks to understand how people—children, families, and providers—navigate complex sociocultural landscapes in the pursuit of mental health. Most of her work, to date, focuses attention on developing more robust interpretations of suicide risk. With funding from the National Institutes of Mental Health, this body of research has contributed to advancements in theoretical and empirical knowledge of the broader contexts within which youth suicide risk is situated. 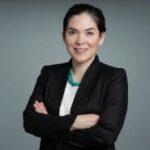 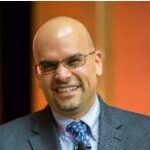 Dr. Parra-Cardona is an Associate Professor in the Steve Hicks School of Social Work (SHSSW) at the University of Texas at Austin. At the SHSSW, he serves as Coordinator for Mexico and Latin American initiatives. He also serves as Area Director for Research at the UT Austin Latino Research Institute. Dr. Parra-Cardona’s program of research is focused on the cultural adaptation of evidence-based parenting interventions for low-income Latinx populations in the US and Latin America. 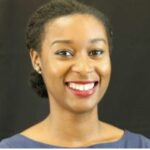 Bianka Reese, PhD, MSPH is a research scientist and program evaluator specializing in adolescent and young adult sexual and reproductive health. Her previous research in the experiences of Latinx LGBTQ+ youth stems from her work as the Research and Evaluation Manager at SHIFT NC (Sexual Initiatives For Teens), where she led largescale evaluations of multilevel, community-based sexual health promotion initiatives and research projects aimed at elevating the voices of diverse youth in North Carolina. Dr. Reese is currently the Senior Research Strategist at Creative Research Solutions, LLC, an award-winning national evaluation, research, and assessment firm. 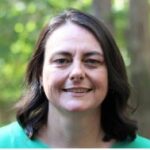 Tania Connaughton-Espino, MPH is an independent researcher focused on adolescent and young adult sexual and reproductive health. Her interest in the experiences of Latinx LGBTQ+ youth stems from her previous work with SHIFT NC (Sexual Initiatives For Teens), where she led the training and evaluation department, conducted capacity-building workshops for youth serving professionals including on the topic of how to be more affirming of LGBTQ youth, and from her extensive experience working with the Latinx population in NC. 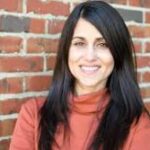 Maru Gonzalez, EdD is an Assistant Professor and Youth Development Specialist in the Department of Agricultural and Human Sciences at North Carolina State University. Her areas of inquiry include youth development with a focus on activism, social justice, and the experiences of LGBTQ+ young people across familial, school, and community contexts. 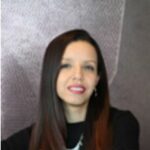 Nayeli Y. Chavez-Dueñas, PhD received her doctorate in Clinical Psychology from the APA accredited program at Southern Illinois University at Carbondale. She is a Professor at The Chicago School of Professional Psychology (TCSPP) where she serves as the faculty coordinator for the concentration in Latinx Mental Health in the Counseling Psychology Department. She is the Co-Director of the IC-RACE Lab (Immigration Critical Race and Cultural Equity Lab). She has co-authored two books: (a) Cultural Foundations and Interventions in Latinx Mental Health: History, Theory and within Group Differences (with Hector Y. Adames) published by Routledge Press and (c) Ethics in Psychotherapy and Counseling: A Practical Guide, 6th Ed. (with Kenneth S. Pope, Melba J.T. Vasquez, Hector Y. Adames) published by Wiley. Her research focuses on colorism, skin-color differences, parenting styles, immigration, unaccompanied minors, multiculturalism, and race relations. She has earned a number of awards including the 2018 American Psychological Association (APA) Distinguished Citizen Psychologist Award. To learn more, please visit Dr. Chavez-Dueñas’ lab at www.icrace.org 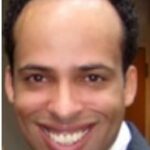 Hector Y. Adames, PsyD received his doctorate in Clinical Psychology from the APA accredited program at Wright State University in Ohio and completed his APA pre-doctoral internship at the Boston University School of Medicine’s Center for Multicultural Training in Psychology (CMTP). Currently, he is a licensed psychologist and a Professor at The Chicago School of Professional Psychology, Chicago Campus and the Co-Director of the IC-RACE Lab (Immigration Critical Race and Cultural Equity Lab). Dr. Adames has co-authored or co-edited several books including (a) Cultural Foundations and Interventions in Latinx Mental Health: History, Theory and within Group Differences (with Nayeli Y. Chavez-Dueñas) published by Routledge Press, (b) Caring for Latinxs with Dementia in a Globalized World published by Springer, (c) Ethics in Psychotherapy and Counseling: A Practical Guide, 6th Ed. (with Kenneth S. Pope, Melba J.T. Vasquez, Nayeli Y. Chavez-Dueñas) published by Wiley, and (d) Succeeding as a Therapist: How to Create a Thriving Practice in a Changing World (with Nayeli Y. Chavez-Dueñas, Melba J.T. Vasquez, Kenneth S. Pope) published by the American Psychological Association (APA). He has earned several awards including the 2018 Distinguished Emerging Professional Research Award from The Society for the Psychological Study of Culture, Ethnicity, and Race, a Division of APA. To learn more, please visit Dr. Adames’ lab at www.icrace.org

Thanks for your submission!

If you would like to receive a certificate of completion please fill out the form below. Otherwise, please proceed to the next video.