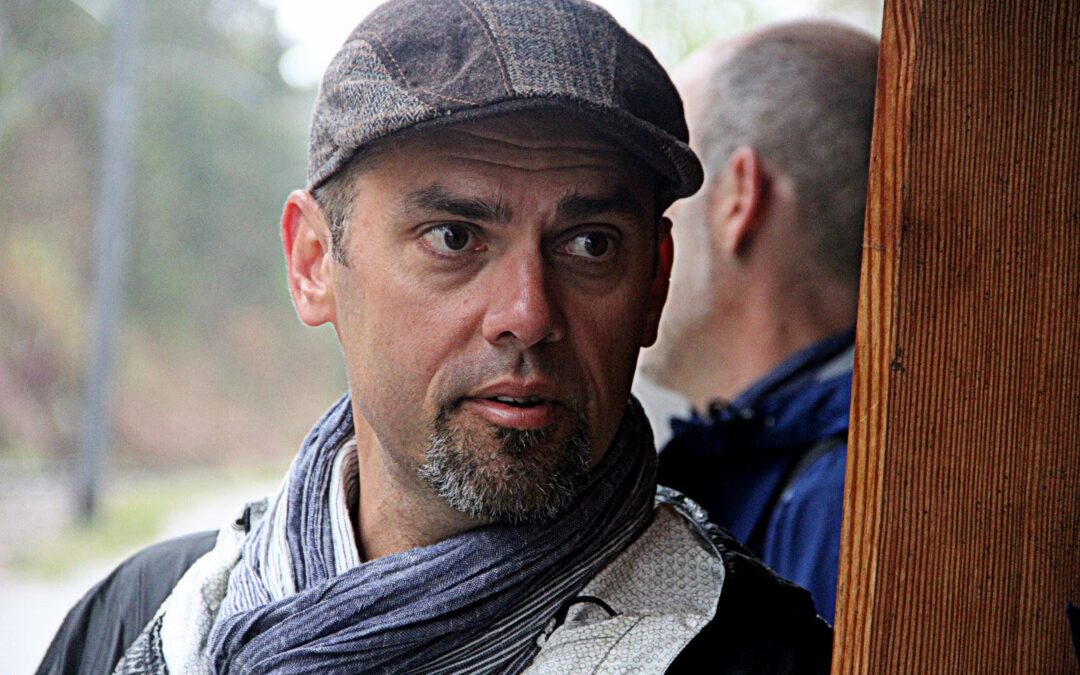 Under the Ocelot Sun: A book reading and discussion about Hope, Survival, and the Plight of Refugees 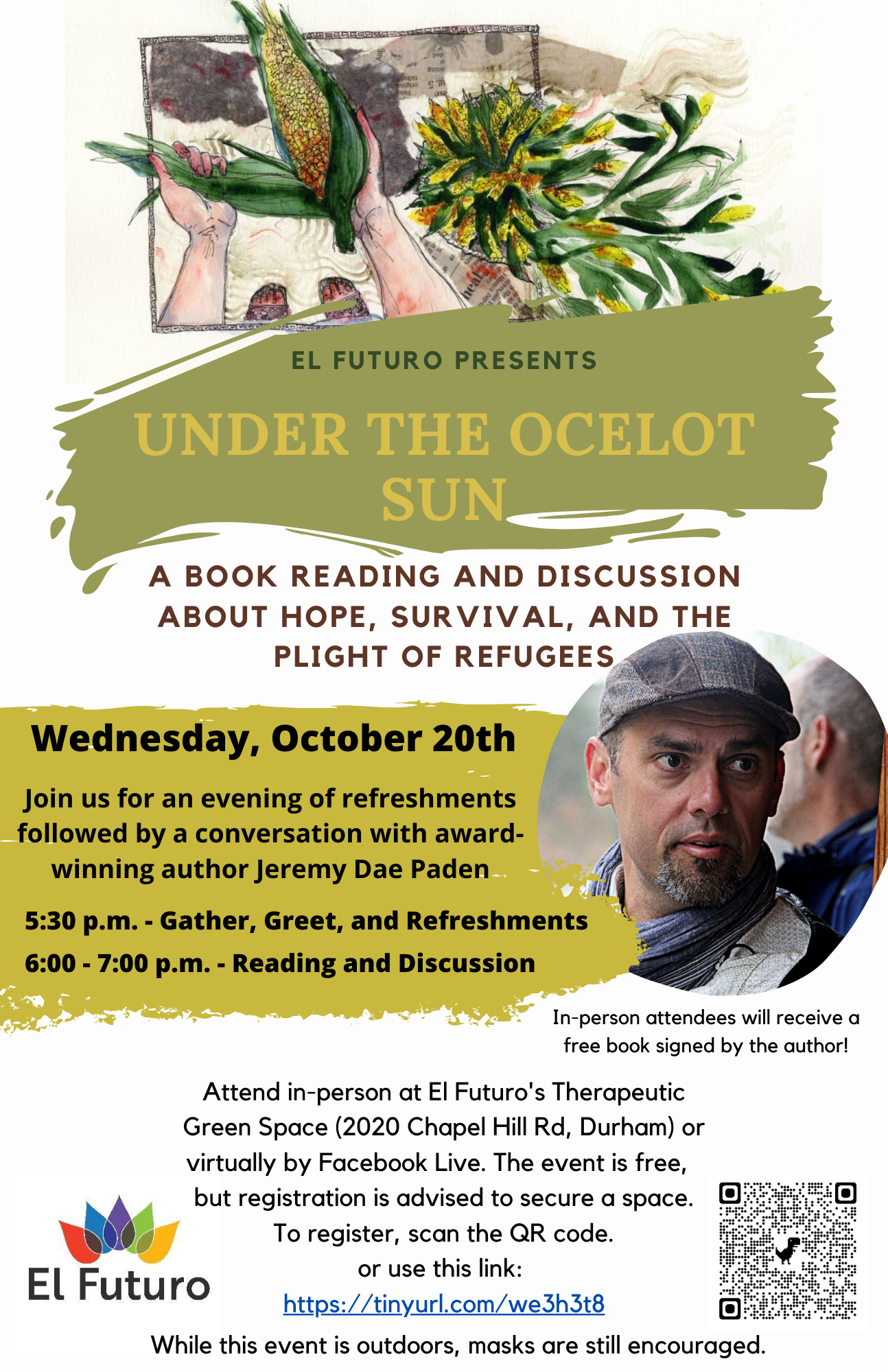 Join us to meet renowned author Jeremy Dae Paden for a reading of his book, Under the Ocelot Sun, in the beautiful El Futuro Therapeutic Green Space on Wednesday,
October 20 at 5:30 p.m.

Written in response to the 2018 migrant caravan and current US border politics, the story, told in the voice of a mother to her daughter, recounts the reasons they escaped Honduras to embark on a perilous journey to the United States.

Jeremy’s emotional narrative celebrates Mesoamerican culture and resilience while the lavish illustrations by Annelisa Hermosilla, a Panamanian artist who resides in Virginia, help bring the story of hope and survival to life.

A timely and pertinent topic, the evening includes refreshments, a discussion that will enrich understanding about the significance of bienestar emocional (emotional wellbeing) in the Latino community and the textured histories of our newest neighbors.

Attendees will receive a complimentary copy of the book signed by the author. The event is free, but registration is advised to secure a space.

Who?     El Futuro Staff and Jeremy Dae Paden, Author, Under the Ocelot Sun

Safety    In the outdoor space we will have ample room to space out. However, we ask that all attending in-person be vaccinated and masked. The speakers will be distanced from the audience and unmasked. If you know you have recently been exposed to COVID or you have any COVID symptoms, we ask that you attend virtually by Facebook Live rather than in-person.

Jeremy Paden will read from Under the Ocelot Sun/Bajo el sol del ocelote, an illustrated children’s book that won First Prize in the 2020 Premio Campoy-Ada for Children’s Literature in Spanish.

Written in response to the 2018 migrant caravan and the current US border politics, the story, told in the voice of a mother to her daughter, recounts the reasons they have left Honduras to come to the States. It does this while also celebrating Mesoamerican culture and resilience. The book is lavishly illustrated by Annelisa Hermosilla, a Panamanian artist who resides in Virginia. And co-translated into Spanish by Jeremy Paden and Oswaldo Estrada.

Jeremy Paden (Milán, Italia, 1974) is an American raised in Nicaragua, Costa Rica and the Dominican Republic. He has a PhD in Latin American Colonial Literature from Emory (2004). And the author of several collections of poems. Among his books are ruina montium (Broadstone Press, 2016, en inglés; Valparaíso Ediciones, 2018, en español), a collection of poems on the Chilean mining collapse of 2010, prison recipes (Broadstone Press, 2018), a collection of poems on the period state sponsored violence in Argentina in the late 70s, world as sacred burning heart (3: A Taos Press, 2020), a collection of poems based on the first century of the Spanish colonization of the Americas, and Autorretrato como una iguana (Valaparíso USA, 2021) named co-winner of the Premio Poeta en Nueva York 2019.